This Is Old Ned and I Approve This Message!

This is Old Ned and I approve This Message


OK! I admit that I scream more than a few times every night as I watch the TV political commercials. I admit it. I hate them all. What garbage!

I have reached the limits of my endurance and this old man will mark his ballots based on voting against every politician who is the most obnoxious, odious and negative ad campaigner in each elective position that effects me. Where are the poll results on TV ad anger?

I tell you it is time to dump them all out of office. It doesn’t seem to matter what party, what office, what district, what community is involved. There isn’t a single ad I have come across where a candidate looks you in the eye and in an adult fashion, states his/her actual qualifications for office or the positive platform they will bring to that office. It is always about that devious, thieving ‘other guy.’

We have one local mayor running away from his own failed campaign promises, leaving behind a disaster of a mess and an almost vacant business community who is now running for an even higher office, with a campaign program of blanketing us with ads denouncing the uncountable failures of his opponent.

Can you stand this barrage of tripe through the 2012 elections? I will probably go mad by then.

We need to clean our house before it ends up a pig-sty. Our State is turning into a third world country and we have politicians who think that instead of doing what we elected them to do.. run a fiscally sound State government, they can solve the problems they have created by taxing us even more.

We have political dynasties that go on for decades, building empires within empires and it just gets worse. They don’t just wallow in their power, they sneer at us with impunity.

It is time to tell political candidates for any office, including Congress and the Senate, that they can stay for 2 terms only. That their medical/dental/retirement plans must be the same ones they force upon us. That they can take commercial planes home for the weekends and vacation trips to Spain instead of Government jets. That they have to operate their office and staff at within a budget the people set, not their illusions of grandeur.

They need to be stopped from adding in special interest riders to bills that have absolutely no relationship to their private goodies grab. Billions of dollars are wasted in these special deals. The President must have a line veto power.

And speaking of presidents, no president should have the authority to by-pass the people by establishing an army of special Czars who control whole areas of our nation’s assets. That is a very small step from living in a dictatorship without a vote in the matter.

Their politics have turned our educational system into one of the worst in the world. We have to import doctors, nurses, dentists, Educators, scientists because we don’t have the ability to produce our own. Our own college graduates are working as clerks in Macy’s.

Not a problem for the politicians. Their kids are in exclusive private schools and have high paying pork fat jobs waiting for them when they ‘graduate.’ I would imagine that few Politician’s have kids on unemployment.

Don’t even get me started on Federal Judges, who, instead of making decisions based on laws that we citizens set in place, defy these laws and make decisions based on their own political agenda.. and we do nothing.. just suck it up.. We gotta dump these fools!

Somewhere, back in my youth, I had the idea that the American people controlled its government. Today the government controls its people.

We better wake up before it is too late.. and folks, November may already be too late. 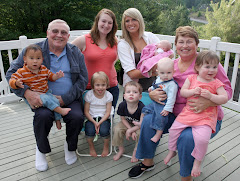 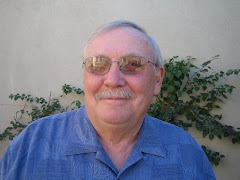 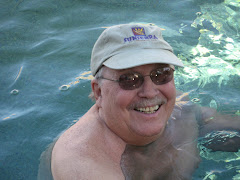 Ed and the "kids" 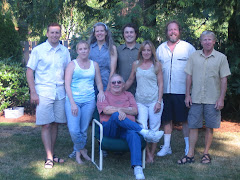